Mtima, without you Kunyumba is no longer the same; your contagious cheerfulness will remain unforgotten! Even in the village people still talk about you.

Now two new siblings – still shy, but also curious - joined Kunyumba: Sakina, three years old and Bubakari, almost two years. Both are still a bit afraid of Sofie, our dog. As soon as Sofie approaches I see Sakina wrapping her protecting arms around the young brother. Both children are the result of rape of the mentally disabled mother, who had wanted to kill her children with a knife after giving birth. Despite the initial promises of the relatives to look after the children together, the sole responsibility remained with one aunt, who has three children. Her poor husband's income - he is a fisherman - was hardly enough for them to survive.

Before arrival we knew that an unsolved problem about Hawa and her mentally handicapped daughter was awaiting us: Hawa had not been bringing her daughter Zainab to Kunyumba for many weeks. She had finally found a good job and the dropping off and picking up of her daughter was apparently no longer possible. With a brief interruption at noon, she left her child alone, locked up in her dark house, all day long.

We have a lot of understanding for Hawa and her hopeless situation. She is young, very beautiful and, of course, not willing to sacrifice her entire life to her disabled daughter.

It took some conversations between the mother and Marlise (with Peter translating) until a good solution was found:

Hawa promised to work less and bring her daughter to Kunyumba regularly again. In return she gets two goats from Marlise plus a small weekly financial support until the first goat kids are born.

As I write, I see the little Rita rushing around here. It is wonderful to watch her: The bold and self-confident small person she is. However small she is, she has already acquired a healthy elbow mentality to assert herself in front of the older ones. Ulita is still too young to grow into her mother role for Rita, but she is doing her best to graduate from school and she is glad she and her daughter are so well cared for in Kunyumba.

Hopefully we can stay here a bit longer until we have built our own Kunyumba house. Only last weekend Peter had to show the property to a group of potential buyers. But now being Africa experiencend, we have already acquired a little Malawian serenity. 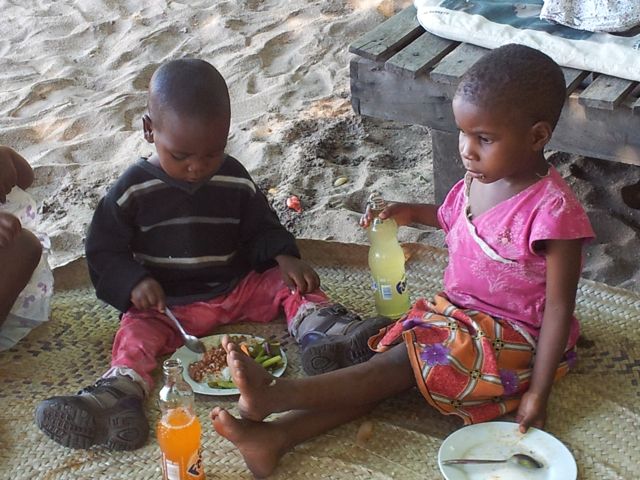 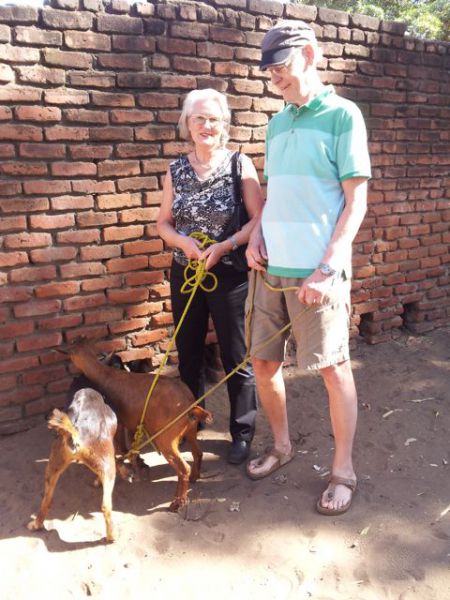 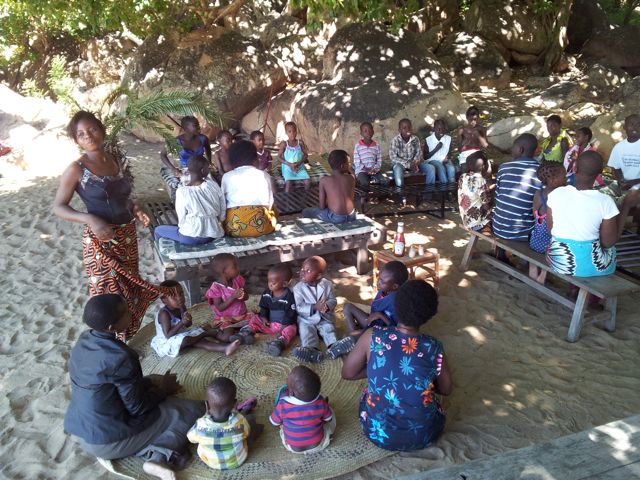